The conference will bring together over 100 attendees, from a range of networks as well as every area of campus life, from the Further and Higher Education sector. Attendees include those responsible for environmental management, estates and facilities, teaching staff, as well as senior leaders and students.

EAUC-Scotland is delighted to announce that Connected Energy will join us as headline sponsors of our upcoming Step-Change for Sustainability Conference in Glasgow. Connected Energy’s innovative and award-winning battery energy storage solutions use second life electric vehicle batteries and have already been adopted by some Further and Higher Education institutions.

Read on to learn more about what they do and why they have chosen to join us at the EAUC-Scotland Conference.

Energy has been a key topic on the news agendas this year. Both rising costs and stability of supply have thrown the spotlight on the volatility of the market and led to organisations seeking alternatives.

Investment in solar is a solution that many organisations have chosen, driven by a requirement to increase energy efficiency as well as meeting decarbonisation goals. In 2020 alone, solar PV generation grew from 21TWh to 156TWh in the UK and shows no sign of slowing down. But capturing that solar, for use when the sun stops shining, and maximising generation is often overlooked.

This is where battery storage comes in. As the world moves to reduce its reliance on fossil fuels, renewable energy generation working alongside battery energy storage systems (or BESS as they are sometimes known) is key. BESS capture energy – either from the grid or from renewables such as solar and wind power – and store it until it is needed on site. 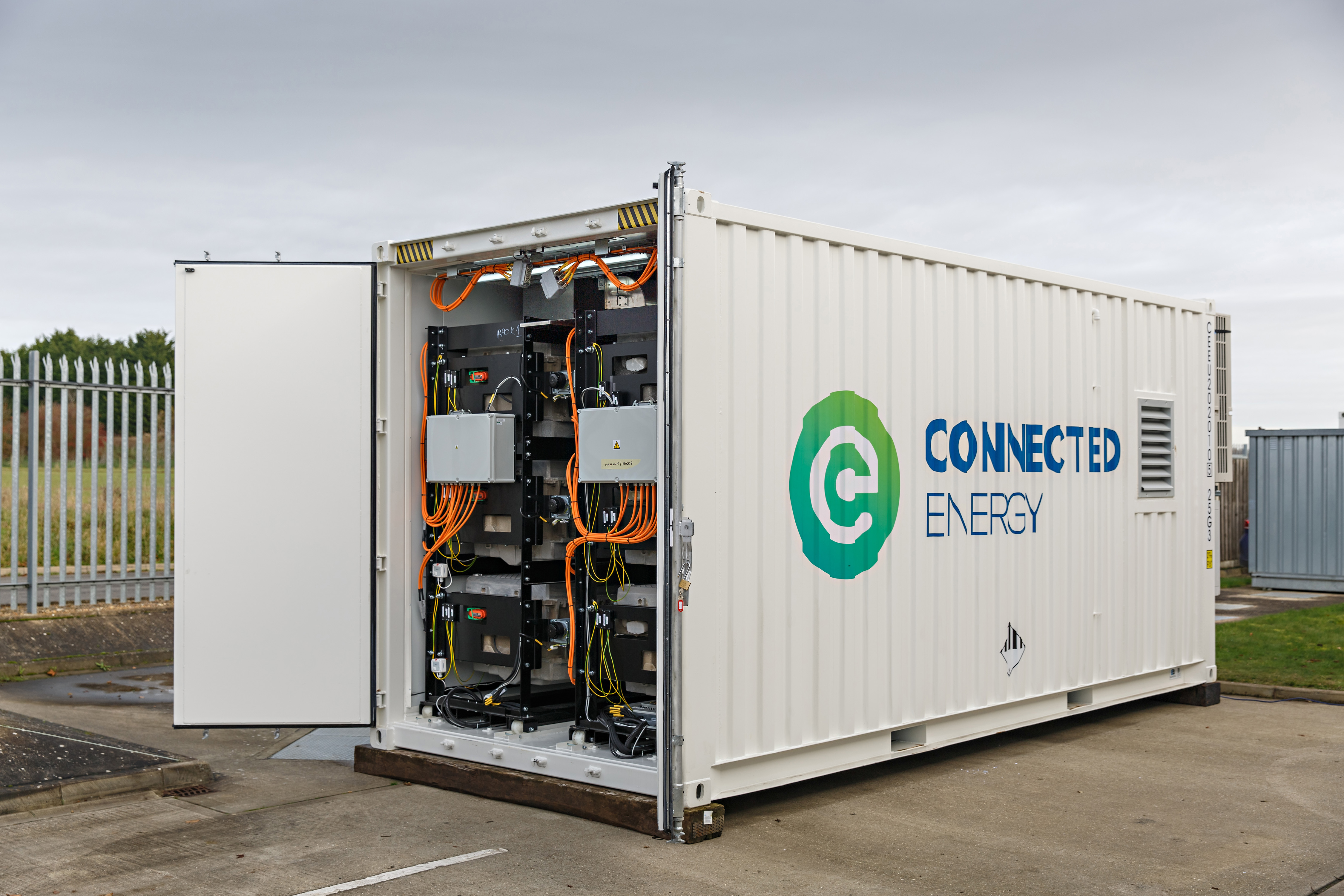 Nigel Dent, Connected Energy’s Head of Sales, explains: “Using batteries to store energy is not a new concept, however the use of batteries as an energy store on a commercial scale has grown considerably in recent years. The education sector has been quick to embrace energy storage solutions, driven by a requirement to meet carbon reductions, and we are keen to engage with more organisations through the EAUC to highlight the benefits that our systems can bring.”

Connected Energy is a UK-based SME that has created an innovative battery energy storage system which is now being used by organisations across the UK and Europe. The company is unique as they are one of only a few in the world to have proven the technology to reuse electric vehicle batteries as an energy store, bringing huge environmental benefits.

One of Connected Energy’s recent customers is the University of Sheffield’s Advanced Manufacturing Research Centre (AMRC). The site, which is the UK’s most advanced low carbon smart building demonstrator, has recently installed two systems. The objective for the AMRC was to capture as much of their solar generation as possible to ensure that they operate within their green tariff at all times.

At Cranfield University, their three battery energy storage systems are being used to balance energy across the private network of the campus. The systems are primarily charged by the solar farm on site to take advantage of excess solar at key times of the day and to deliver that power back to the campus when generation stops. The University had also taken further energy efficiency steps including the addition of a new air source heat pump. The systems are also being used to help manage the additional electrical demand that this has brought to the site.

‘The future is bright’ is a common expression and one that could not be more relevant for the vital role solar power will play in the sector’s energy generation and quest to reach carbon saving goals. But to truly harness the power of solar, then battery energy storage must become as ubiquitous as its companion, solar PV.

Step-Change for Sustainability will take place at the Technology and Innovation Centre in Glasgow on 9th February 2023.