The EAUC is a Member-led organisation. We represent you, and ensure that your views on topical issues are conveyed to the rest of the sector and to the Government. One important way we can do this is by responding to consultations from the Government and other organisations.

The Department of Energy and Climate Change launched a Consultation on a Review of the Feed-in Tariffs Scheme in August 2015.

The DECC's consultation proposed a set of measures to control costs under the Feed-in Tariff, including revised tariffs based on updated technology cost data, a more stringent degression mechanism and deployment caps leading to the phased closure of the scheme in 2018-19.

It proposed that if such measures cannot put the scheme on an affordable and sustainable footing then there should be an end to generation tariffs for new applicants as soon as legislatively possible, which the DECC expect to be January 2016.

The EAUC has submitted a response to this consultation on behalf of members which can be downloaded here.

The EAUC would like to thank Paul Riddlesden, Energy Manager at Durham University, who helped to collate responses from our survey on behalf of EAUC Members. 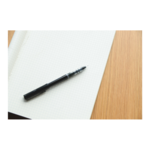