The draft Climate Change Bill has been discussed within Scottish Parliament, with Ministers agreeing that the 90% reduction by 2050 target will be included. Sector representatives collated a response to the Climate Change Bill consultation which EAUC-Scotland submitted on the sectors behalf, we have received this information from Scottish Government as consultation respondents:

Following the closing date for the consultation in 2017, all the responses were analysed by an independent contractor. The analysis report is available on the Scottish Government website. The Scottish Government also received further advice from the UK Committee on Climate Change.
Scottish Ministers then took time to fully consider all the information available to them, including the consultation analysis report, the advice from the Committee on Climate Change, and the outputs from the various events and discussion groups that took place. Following much consideration, Ministers came to a view that the targets that should be included in the Bill are those that were consulted on.
A paper that sets out the information and analysis considered by Ministers in coming to this view is available on the Scottish Government website.

The Scottish Government is committed to achieving net-zero emissions as soon as possible.  In response to the high number of consultation responses that called for a net zero, or 100% emissions reduction, target the Bill goes further than was originally proposed and makes provision for a net zero target date to be set as soon as this can be credibly and responsibly put in legislation.  This goes further than many other countries as it provides a statutory rather than a political commitment.  The Bill requires that the earliest achievable date for reaching net-zero is regularly reviewed.

Further information on the Bill is available through the following links:
https://climate.scot/
Scottish Government consultation hub

If you have any questions or comments, please get in touch with the EAUC-Scotland Office. 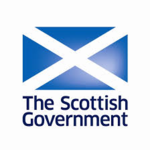