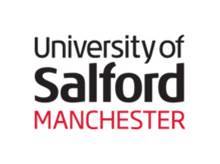 Over three years, the ‘Clever Classrooms’ project analysed the impact of social and environmental factors on learning environments in primary schools.

Focusing on the social and environmental dimension, the project outcomes allow for economic decisions to be taken with a sound knowledge base as to the impact on learning.

The project received significant national and international media coverage and has been enthusiastically received by both educational and political communities, including interest from governments and organisations across Europe, Australia, and the US. Interest and support has also been received by educational groups, schools, teachers and trade manufacturers.

The research contained in the report - ‘Clever Classrooms’ - reveals, for the first-time, how differences in the physical characteristics of classrooms, such as air quality, colour and light, can together increase the learning progress of primary school pupils in reading, writing and maths by as much as 16% in a single year.

2. Differences in the physical characteristics of classrooms can increase the learning progress of primary school pupils

3. The impact of moving an ‘average’ child from the ‘least effective’ to the ‘most effective’ classroom can increase the “average child’s” performance.