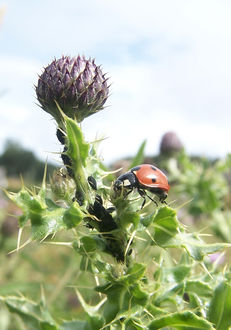 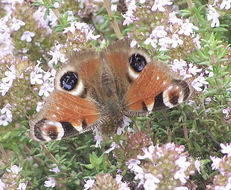 From habitat destruction and pollution to our use of natural resources, humans are taking their toll on the natural systems which keep the world functioning properly. The Millennium Ecosystem Assessment found that global species extinction rates are up to 1000 times higher than the historical rate shown by the fossil record and this is expected to increase 10 fold in the coming decades.

In the UK, humans have had a massive influence on biodiversity since Neolithic times. Increased pressures on biodiversity arose with the advent of the industrial revolution, the widespread agricultural intensification since WW2 and population growth. Farming methods have become more intensive and there has been rapid construction of new roads, houses, towns and cities. This has led to a widespread reduction in the extent and quality of semi-natural habitats and the number of species that depend on them. ‘The State of Nature’ report published in 2013 found that 60 per cent of the species studied in the UK have declined over recent decades.

Increasingly, biodiversity is also being recognised as a cornerstone of a healthy, happy, prosperous and sustainable society. The 2011 UK Government’s Natural Environment White Paper acknowledges that “human wellbeing is intimately connected with our natural environment”. Our biodiversity and associated natural resources are also extremely valuable ‘Natural Capital’ for our economy.

Natural Capital includes resources such as fossil fuels, woodlands, fisheries, farmland and nature based recreation. The Office for National Statistics estimated in 2015 that limited components of natural capital in the UK has a value of £1.6 trillion over 25 years. This is broadly equivalent to the national financial debt of the UK and the annual value of the UK economic output.