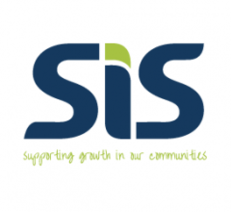 Low carbon developer and social enterprise, iPower, has launched the UK’s first funded fuel cell programme to help combat fuel poverty in Scotland thanks to a £1m investment from the Social Growth Fund.

The deal to support iPower is the first investment to be made from the £16m Social Growth Fund which opened for applications in May 2014. Managed by leading lender to the third sector, Social Investment Scotland, the fund brings together £8m from the Scottish Government and £8m from Big Society Capital, the independent financial institution set up to develop and share a sustainable social investment market in the UK.

The investment will enable iPower to roll out micro Combined Heat and Power (mCHP) fuel cells, BlueGen, to a number of properties across Scotland. The mCHP fuel cell converts natural gas from the gas network to electricity and heat at the point of use, significantly reducing energy consumption and cutting fuel bills.

Despite being only the size of a washing machine, it is capable of producing the same amount of energy as half a tennis court of solar PV panels.

iPower will be targeting a range of sites including schools, universities, social housing, council buildings and private care homes with a view to installing the technology for free. Site owners will only pay for the fuel they use and an annual service payment, without being liable for the upfront expenditure for purchasing and installing the machine.

The free BlueGEN model has already been piloted with Edinburgh Napier University where iPower can arrange for visitors to see it in action at the university’s Merchiston Campus.

Since launch the fund, Social Investment Scotland has received more than 70 applications for investment worth more than £18m, highlighting the increasing appetite amongst Scotland’s third sector for more sustainable forms of finance.

Jon Cape, Director of iPower, said: “iPower is delighted to be working with Social Investment Scotland, and the BlueGEN manufacturers Ceramic Fuel Cells Ltd to deliver this programme. Japan now has over 100,000 fuel cell mCHP units installed. We aim to play a leading role in bringing this scale of deployment to Scotland and the UK in coming years, making substantial cuts to energy bills and carbon emissions.”

Around 70 sites will be supported in the first phase, funded by SIS, and iPower is looking to extend this to a further 350 sites in the coming year.

Alastair Davis, Chief Executive of Social Investment Scotland, said: “iPower’s fuel cell installation programme has the potential to be a game changer for many public, private and third sector site owners for whom rising energy costs are proving a serious issue. Once scaled up, the scheme will also make a sizable impact on meeting Scotland’s carbon reduction targets.

“It’s fantastic to see investment finance from our new Social Growth Fund beginning to make a difference on the ground. We’ve seen high levels of interest in the fund since it launched earlier this year and look forward to announcing further investments in the coming months.”

The development stage of the project has previously received funding support from the Scottish EDGE, a funding competition delivered by Scottish Enterprise in partnership with other public and private sector organisations. iPower also works closely with the Waste and Resources Action Programme (WRAP)’s Resource Efficient Business Models (REBus) scheme which is working with sites to help them develop their business models to achieve energy efficiency.

Most of the 70 sites in the Phase One programme are committed but there is still scope for new site owners to join the programme. Site owners looking to find out more about the technology and what it could do for their buildings should visit www.iPoweruk.com.

iPower is a Scottish social enterprise which develops, funds and manages low carbon projects using a mix of existing technologies (e.g. solar/biomass/heat pumps) and new technologies such as fuel cells. iPower works across the UK and serves residential and commercial markets. It is a recommended partner for Scottish Social Landlords for solar PV. As a social enterprise iPower is focused on providing value for its customers not shareholders. iPower profit is dedicated to promoting sustainable development and alleviating fuel poverty in local communities.